Setting the Trend - 5 Simple Ways to Lead by Example 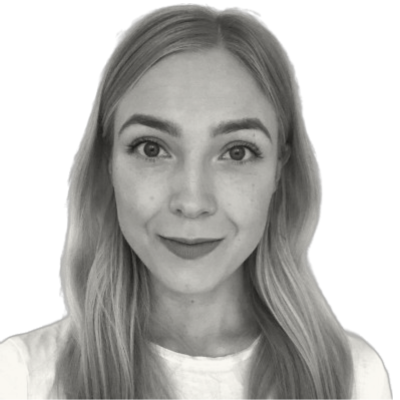 Why you should be a norm creator rather than a commander

Wouldn’t life be much easier, if you could magically make other people do as you wish? Especially if you are in a leadership role, I bet you have had moments when you hoped to have a magic wand that makes people act the way you wanted.

Changing other people’s beliefs, attitudes and behavior is not easy, but it’s not impossible either. In fact, there are three ways to influence people. One option is to command and control them so that they obey you. Sure enough, threatening with punishments has been an effective way to control other people throughout history. Another, maybe a bit more ethical way, is to demand and appeal to peoples’ willingness to do as is required of them. In this approach, one acts because the leader wants or requires them to act. The third way is to create group norms that individuals conform to of their own free will.

These three ways of influencing can be equally effective ways to get others to do what you want, but the difference lies in motivation, and whether it's externally or internally driven. When your leadership is based on external control, as in the first option, it is likely that the actions will not be maintained when you are not there to supervise. As soon as the threat is not around, the behavior will stop. Appealing to people’s desire to please and to do a good job means that they might make a somewhat independent decision, but that decision is based on your request. Whether the influence will last in your absence is unsure.

Only when you manage to set an example that others choose to follow, without any external pressure to do so, the motivation for that action is completely internal. That way even when you are not around, people will continue to act that way, since they are doing it because they want to, not because someone told them to.

Thus, influencing people with external control and authoritative leadership might seem like a fast track to peoples´ minds and behavior, but in the end, it is a very heavy and ineffective way of leading. If you want to make sustainable changes and create a self-directed and effective team, you might want to choose to concentrate on the group norms and to lead by example.

Imagine that a CEO walks into the office and notices trash on the floor. She picks the trash up, tosses it to the trashcan, and moves on. Why? She could have just pointed at the trash, asked who had left it there, and told one of her employees to pick it up. That way, her employees would have probably made sure that the office is clean and tidy the next time she came around. However, by choosing to pick the trash up herself she gives her employees an example of how things are done in the organization; if you notice a flaw, don’t go looking for someone to blame; just fix it.

Our actions create unspoken standards for behavior.  Even when behavioral norms are not explicitly stated, people acquire them by watching and learning from others in the organization.  Organizational norms can actually be adopted more effectively this way than through formal training or guidelines. As social creatures, people are always looking for ways to fit in with others. It is in our nature to always be looking for clues about the current group norms and standards. And if they are conflicting with the organization’s formal rules and guidelines, we are more likely to follow the norms than the rules. Thus, acting against what we are told to do is far easier than acting differently from everyone else in the organization.

Most organizations strive for a mentality of having a common goal and doing things together - this is called organizational cohesiveness. In a cohesive organization, people often choose to conform to the group norms, beliefs and attitudes, since they want to feel like they fit in. Deviating from the group norms would involve a risk of social rejection, and that is a risk few of us are willing to take.

Conformity generally leads individuals to think and act more like the group they belong to. However, it can also be possible for individuals to change the group around them. This so-called minority influence is more likely to succeed when the individual influencers are high in status, but with enough persistence, it is possible for anyone to provoke change in others. When you provide a consistent example of the new way of doing things, you are acting as a trendsetter, and little by little people will start to adopt the new norm.

Bear in mind the greater impact of negative things compared to positive things in people’s minds. Due to this cognitive bias, minority influence can rather easily lead to unwanted or unhealthy group norms and attitudes, meaning that a single "bad apple" can lead others to follow his example. That’s why it is important to choose your apples carefully and to take good care of them.

How you do anything is how you do everything

One thing to keep in mind is that people have a natural tendency to notice negative things and to remember them more vividly. This means that each and every one of your actions matters, and that one time you do something that goes against what you preach is going to matter more than all the times you did just as you told everyone else to do.

The importance of walking the talk becomes particularly notable in challenging situations.  By sticking to your principles even when the times get tough, you show that they really matter. More importantly, you want to show that despite the challenges, it can be done. If you fail to follow through, people will think “if he can’t do it, I sure as hell can’t either”. Providing an example of pulling through the challenges does not guarantee that everyone will do the same, but on the other hand, providing an example of failing will most likely result in others not pulling through either.

5 ways to lead by example:

1. Embrace transparency and open communication. If you are honest and communicate your thoughts and feelings openly, others feel free to do the same. This is crucial for building trust and psychological safety in the workplace.

3. Set boundaries. In an organization of high achieving and competitive individuals, no one wants to be the one that does less than others. Therefore things can easily fall into a vicious circle of always working a bit harder than the next guy. By making sure your own workdays don’t stretch out late into the evening, you are creating a culture that supports recovery and work-life balance.

4. Dare to fail. Admitting your own failures will make it easier for everyone else to do the same, and thus foster a culture where mistakes are seen as chances for learning and growth.

5. Most importantly, be real. Just be yourself, don’t try to force anything that doesn't come naturally. Authenticity provides a real and powerful example, whereas pretending to be something you are not provides merely an example of pretentiousness.

Influencing people might seem to be relevant only for those in lead, however, you can lead others by example no matter who you are and what authority you have on them. In fact, every one of us acts as an example of something. Ask yourself, what do you want to set an example for?

For more insights on work psychology, check out Laavu's blog (In Finnish)

Employee Motivation’s Importance in the Workplace

Evergreen is the only peer-to-peer recognition app that lets teams recognise a job well done, while planting trees for the planet. For the ultimate positive, feel-good team culture.